Welcome to
The BRIANTSPUDDLE SINGERS 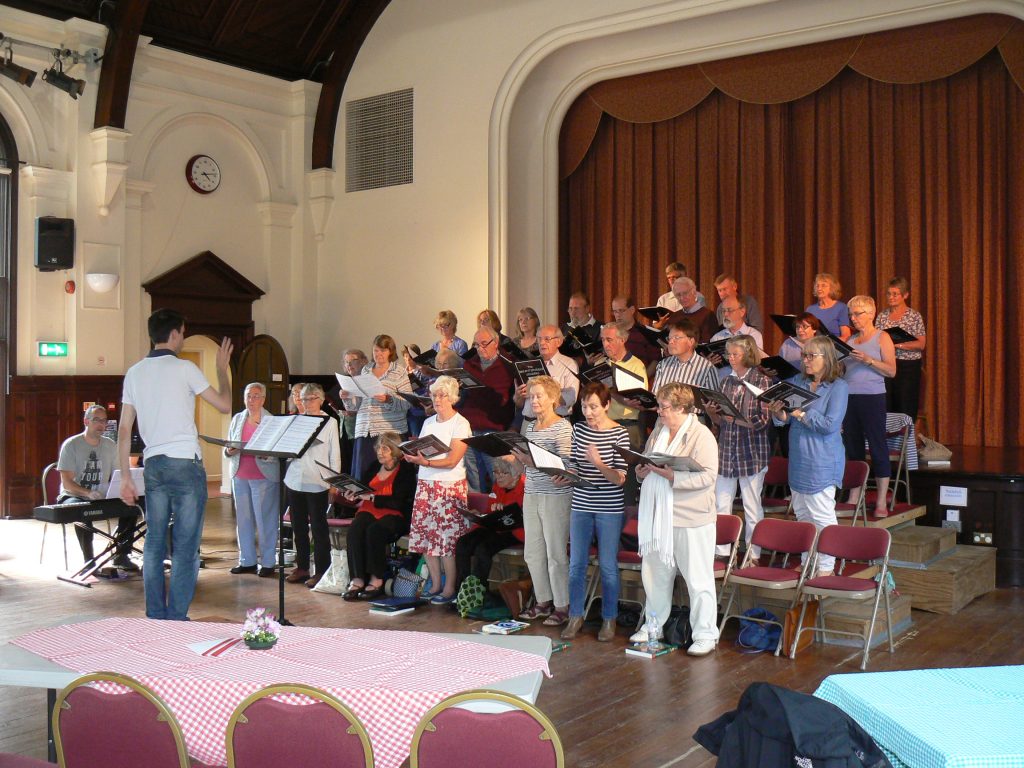 Our next concert is on 10th December at 7.30pm in Puddletown Church:
VIVALDI – BACH – TELEMANN – HOLST

The Briantspuddle Singers was founded in 1943 and celebrated its 75th year in 2018, and in all that time there were only three musical directors! The choir now enjoys making music together and preparing for concerts under the leadership of their fourth director, Michael Moorsom. We are also extremely lucky to have Sally Plowright as our regular accompanist for rehearsals and concerts.

This friendly mixed voice choir meets in Briantspuddle in the picturesque thatched village hall on Tuesday evenings during term time from 7.30-9.30p.m.

The group is open to singers of all ages and abilities without audition. As a registered charity our aim is to promote choral music and singing in choirs, and to encourage all members of the community – particularly younger people – with an interest in music to explore this fulfilling repertoire further.

The Briantspuddle Singers was also a founder member of the Dorset Guild of Singers, an organisation which brought smaller choirs together to perform larger works requiring greater numbers of singers and musicians. The work performed at the Guild’s final concert in 2018 was  The Dream of Gerontius by Edward Elgar. Although The Guild no longer exists as an organisation, we have plans in place to perform with other local choirs on a regular basis – details will be posted here!

or come along to a Tuesday rehearsal – you will be very welcome.